First step in designing a palette for my site is to research what others have already discovered about palettes for sites. The British folk seem to call it a “colour scheme” rather than a palette.

*”colour” is the British spelling of the word we Americans spell “color”. Time to quote George Bernard Shaw: “The United States and Great Britain are two countries separated by a common language.”

Almost done making the clipart-style image of a Painted Bunting for my client Elizabeth Dubus’ web site. I used an image with a license that permits reuse with modification. I’m tracing the outlines using the pen tool in Adobe Flash CS6. Most people would probably be using Adobe Illustrator, but I took a class in Flash and learned to use the graphic interface in that program, so I’m already fast in that environment.

At some point, I plan to learn AI. Adobe has some good ones. Here’s the link for the Adobe Illustrator tutes:

Finished up at about 10:15. Now it’s time to color the bird! In order to do this, I’ll need to firm up the palette for the site. I already have some of the colors; now I need to make a definitive palette.
Next post: Making a palette for a site.

…and still another amazing reply to http://goo.gl/evFFqt

All the sanctimony is pointless. People share. Let them. It’s silly to single women out for doing twitter wrong. If you want to support women, why not be patient with some of them? Especially online. This creates an air of tolerance, not mutual hostility.

Yes, all of this seems like hysteria. It has almost zero to do with practical support for women in their daily lives, and addressing key social and economic factors of inequality. Real people do those jobs. We take the time to listen, understand and support. That’s the serious and unsexy part of many people’s daily lives. It’s happening. This is a media storm. If people want to feel part of it, let them. Those of us who actually support women in the three dimensional universe understand that need. Women–and people in general–are vulnerable in our world, so when they share online, a lot of them do so meaningfully.

Less castigating and more kindness & patience please. We all need this. Everyone does. It opens up real space online and in people’s minds for meaningful communication to effectively take place. If you are smarter, be mature enough to be more patient

First, people cried “Misogyny!” after reading the manifesto. Well, it is pretty misogynistic so it is hard to blame them there.

1) the men cried #NotAllMen! Meaning not all men agreed with the manifesto and were not such horrible people

Women (and men too!) then shouted out with the hash tag #YesAllWomen to say a few things:

2) There are enough men out there that agree with the manifesto (maybe not to the point of shooting people) that make our lives miserable on a daily basis and their fellow men who might not agree with them don’t do anything about it. When women complain about it, we either get told that it is in our imagination or it is a rare occurrence. This hash tag is showing that these incidents are neither and we’re sick of being told to stop whining.

Expecting ALL posts with #YesAllWomen to conform to this is unrealistic.

If you want to criticize anyone, just read the replies on Twitter to the women who post to the hash tag. They are violent, hateful and downright scary. They include rape and death threats.

Why isn’t anyone re-posting those??

Those posts prove why this movement is needed and make that connection between men in our everyday lives to Rodger’s manifesto. These posts make our fear real. I dare you to write about that. You don’t even have to make anything up. It is there on the Internet forever.

If that is the case, then many people have failed you so far in your education. That is not a slur on you — I am sincere. Critical thinking skills are not taught in schools now. It’s quite possible that you haven’t yet had any opportunity to learn them.

It’s also possible that you have lived a wonderful life — I hope that is true. It would be nice to know that there are a few women who have lived blissfully untouched by misogyny.

Most people participating in the global conversation at #YesAllWomen understand the phenomenon of the constant tearing-down of women that misogyny causes by either a) using critical thinking skills when reading the posts or b) empathetic identification by either their own experiences or the experiences of women close to them.

If you are mystified and you want to understand #YesAllWomen, you might find a friend who either has mastered critical thinking — a Humanities scholar such as an English or History professor, a Women’s Studies professor, a Culture or Ethnic Studies professor — and ask them to take you through some of the posts and explain the underlying logic of the conversation.

If you want to understand #YesAllWomen through empathy, you’ll need to find a way to identify with these women and what they’re saying. That requires that you have a personal connection to someone who has been through these kinds of experiences, someone you care about — but it also requires that that person has worked her way through the grief, shame, and pain of her experience enough to be able to tell her story.

I wish I could help you. If you want to communicate with me, make a temporary email address and post it here and I can send you my email address.

I will repeat my earlier point, though: The fact that some people don’t understand #YesAllWomen doesn’t mean that it lacks meaning, that it should stop, that what people are posting there lacks relevance, or anything else. The only conclusion a person can draw from “I don’t understand” is “therefore I have no basis for critiquing this.”

If I asked to you sit down now and write a short essay critiquing the importance of Josephine Baker, you might reply “I have no idea who she is” and I might show you some historical documentation of her work, including testimonials from people who were there and saw her. You might look at the material in bewilderment and say “I just don’t get this. Why would anyone like this? Why she even do this?” In that case, your essay would contain your name, the title “My Critique of Josephine Baker”, and the words “I know very little about her work and do not understand its value.” And I would give you an A+ (and, if you were my student, I’d assign you another topic).

It’s okay that you don’t understand. It’s okay that the attention #YesAllWomen is getting annoys people who don’t understand — although I don’t think you meant to say that you were annoyed, the author of the article above implies she finds it annoying by finding a couple of irrelevant posts and declaring that #YesAllWomen has become irrelevant by using an outdated cliche that has itself done what it accuses that to which it is applied to have done. Yes, Author, that was a critique of the title and weak evidence you concocted for your baseless article.

I got to hang out with Iced-T when he was signing his first record deal at PolyGram Records. Rap was just starting to happen. I saw him interviewed by one of the original MTV hosts, who asked him, “What’s up with rap? It isn’t even music. I don’t get it.” Iced-T gave the man a deadeye look and said, “It’s not for you.” The host sputtered, “What?” Iced-T repeated, “It’s not for you. We make rap music for us. Some people like it, they play it, they buy it.” Shrug. “It’s not for you.” Then Iced-T gave the host that deadeye look again and the host cut the interview off.

So, #YesAllWomen might not be for you. If it isn’t then, move along to something you care about. We won’t stop posting. We won’t shut up.

In response to http://goo.gl/evFFqt, in which a journalist who doesn’t understand the #YesAllWomen conversation at all proceeds to dismiss, diminish, and deny the impact and relevance of the world-changing speaking-truth-to-power happening at a breakneck speed:

poetista 15 hours ago
You are missing the point entirely. The point is #YesAllWomen (experience a never-ending onslaught of micro- and macro-aggressions from misogynists [some of whom are other women]). Including the micro-aggressions and subtle but relentless shaping behaviors (Smile!) uncovers the biggest secret that All Women know. The misogynist doesn’t have to hit you to abuse you. Equal (or maybe even more) damage is done by the stream of shoves and pinches and leers and sneers and ignoring and shaming…you can fill in the rest.

Custom-designed element for use to distinguish social media icons

This rosette was designed as visual logo for the client. I opened the full-size file in Photoshop and saved the file under the name “socialmediaicons.psd”. Then I closed the original file and opened the new file.
I reduced the size of the rosette to 75×75 pixels. This is a good size for the master psd. file, because Photoshop allows you to resize the image when you use “Save for Web” to create your final file in the format you need for your web (gif, jpg, png, etc.)
Why is 75×75 a good size? Read the following reference to find out:
http://www.smashingmagazine.com/2012/02/21/finger-friendly-design-ideal-mobile-touchscreen-target-sizes-2/

Those all-too-familiar round blue icons don’t draw much attention. Design your social media icons so they prompt action.
The next three posts will explain how to customize your social media icons in a way that helps them integrate visually into your site and how to further customize individual icons so they enhance a call to action on the site — for example, design a cell phone icon that tempts the user to call your client right away! 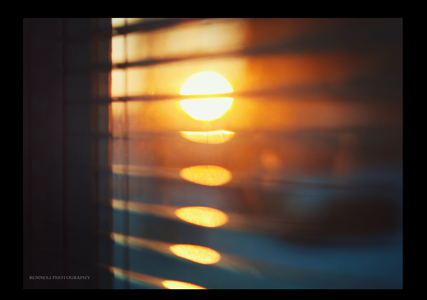 The page at http://www.phrases.org.uk/quotes/last-words/goethe.html  enlightens us as to what the great German poet said:

—-begin quoted section
Throughout his life, Goethe had a deep fascination for the physical and metaphorical effects of light on humans. Whilst being best remembered now for his literary works, he himself believed the scientific treatise The Theory of Colours, which he published in 1810, to be his most important work.

Although a confirmed non-believer for almost all of his life, a year before dying Goethe sided with the eclectic Hypsistarian sect, writing in a letter to a friend that:
“A joyous light thus beamed at me suddenly out of a dark age, for I had the feeling that all my life I had been aspiring to qualify as a Hypsistarian.”

He spent the evening before his death discussing optical phenomena with his daughter-in-law.

All of the above might lead us to believe that his celebrated deathbed cry of Mehr Licht! (More light!) was a plea for increased enlightenment before dying. The truth appears to be more prosaic. What he actually said (in German) was:
“Do open the shutter of the bedroom so that more light may enter”.

It doesn’t matter whether the context of the request for “more light” was scientific or poetic. My friend Marigny Michel has said it before and I’ll quote her again many times before my days on earth come to the end of their number:

—-begin quote
“The language of science is prose. The language of myth is poetry. Their expressions might seem to be mutually  exclusive, but they tell the same story. They speak the same truth.”
— Marigny Michel